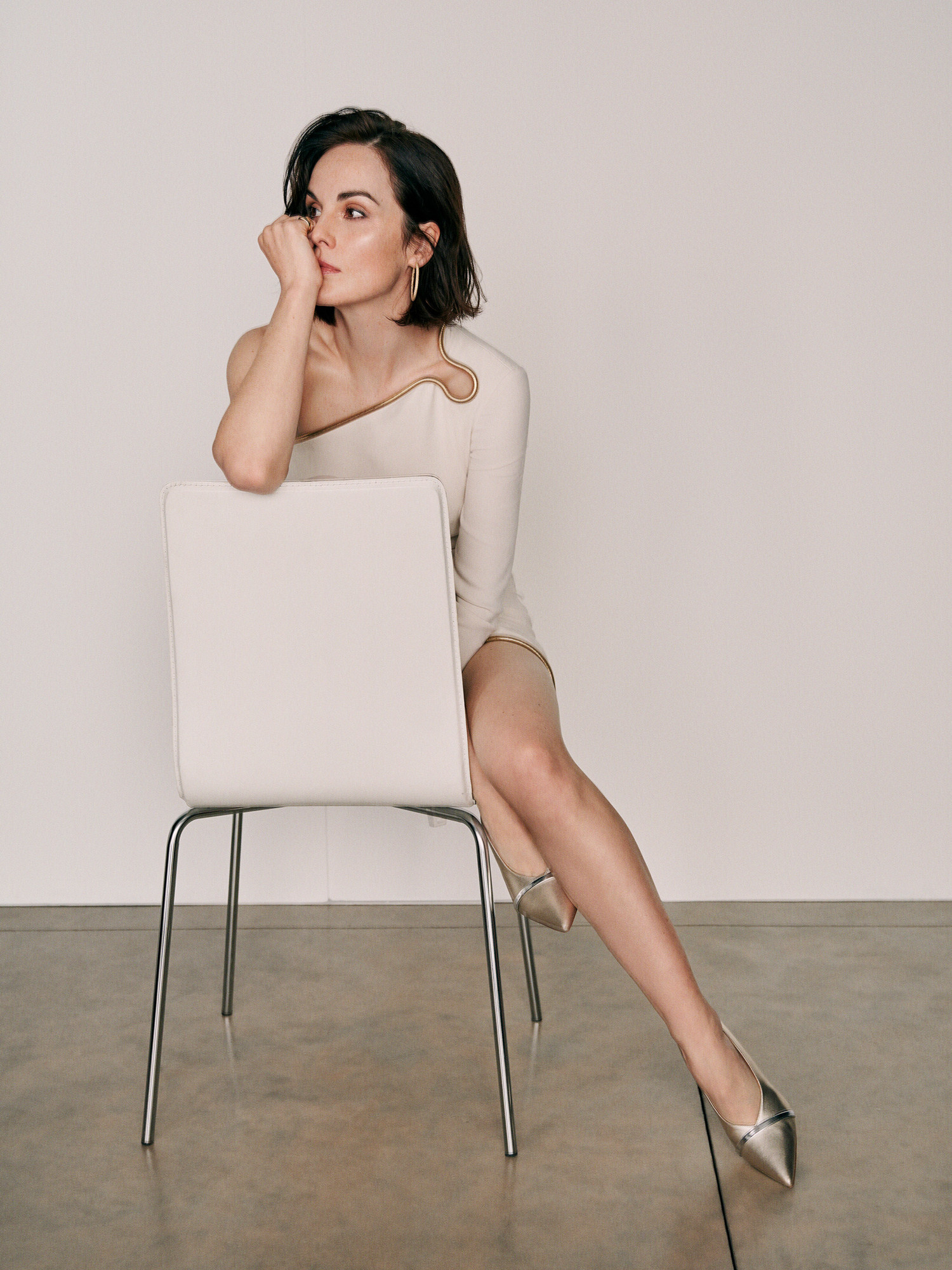 Michelle Dockery is about as different from Downton Abbey’s Lady Mary as is imaginable. Dressed in Totême boyfriend jeans, white Adidas trainers and a black cashmere turtleneck, she is warm, effusive and quick to laugh where Lady Mary is frosty and composed, and she has an accent not dissimilar to Victoria Beckham’s. “It may come as a bit of a shock to everyone when I open my mouth in the film,” she smiles.

“The film” is The Gentlemen, a classic gangster caper written and directed by Guy Ritchie in a return to the genre that first made him famous. “Charlie [Hunnam, one of Dockery’s co-stars] is calling The Gentlemen ‘vintage Ritchie’, and I think that’s right,” she says of the British director behind Lock, Stock and Two Smoking Barrels and Snatch. “I play Rosalind, who is the wife of Matthew McConaughey’s character, Mickey,” Dockery explains. “He has these marijuana farms that are growing underneath stately homes, hence the title The Gentlemen.”

Marijuana farms? What would Carson say? Dockery laughs. After six years playing Lady Mary Crawley in Downton Abbey – first in the well-loved TV series (which has won 15 Emmys and been watched by an estimated 270m people worldwide) and latterly in the movie – her role in The Gentlemen was a great departure for the 38-year-old British actress. “Rosalind runs a car dealership, which she’s inherited through her family. She’s a real, tough, east-London girl. I grew up in Essex, and my family has a sort of east-London background, so it was great to step into that world.”

To say the cast of The Gentlemen is “stellar” is an understatement: in addition to Dockery, McConaughey and Hunnam, the movie stars Hugh Grant (who plays equally against type and appears as a corrupt and predatory reporter), Colin Farrell, Henry Golding, and Jeremy Strong, most recently seen as the troubled Kendall Roy in HBO’s Succession – of which Dockery is a huge fan. “I mean, this whole interview could be about Succession,” she laughs. “It’s absolutely brilliant, the best thing on TV. Every single character is Shakespearean. I loved working with Jeremy. We only had one scene together, a dinner-party scene, and I would never have seen his character the way he played it. He was a joy to watch, and worlds away from Kendall.”

Click here to read the rest of the interview.